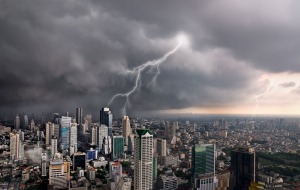 Two dear friends of mine reject the God of the Bible because of passages like this one. It don’t blame them. Over the years I too have grown fatigued with callous doctrinal academics or simplistic Christian clichés. I feel like a child trying to describe mysteries, like an adult grappling with God amid the beauties and true horrors in the world.

And God said to Noah, “I have determined to make an end of all flesh, for the earth is filled with violence through them. Behold, I will destroy them with the earth.”(Genesis 6:13)

Does the God of the Old Testament need anger management? I have no easy answer. But I do know that we must take the text as it actually presents itself. If we let it stand on its own terms, we begin to find clues.

Zack (Dr. Eswine) is often spoken of as a "Pastor to Pastors." He serves as Pastor of Riverside Church in Webster Groves Missouri and Director of Homiletics at Covenant Theological Seminary. To learn more about his books and other resources, go to zackeswine.com View all posts by zeswine